In The Sheer Skin, the interior of the sculpture is laid bare. Through the layering of sheer curtains, the viewer is exposed to both the flesh and the belly of the works. Up close, one is granted access to the minute details of the sculptures, but remains on the outside as the works both unveil and conceal their meaning. The audience is situated in the liminal space between the exterior and interior – the public and the private - as malleable as the fabric itself.

As a member of the Iranian diaspora, I was born into a society that heavily regulates its citizens’ public and private lives. Through restrictions such as strict dress codes, the government imposes its control over the body, leaving it in a state of tension with the threat of arrest hanging overhead. The hand-dyed fabric of the sculptures is similarity enacted upon and in tension as it is suspended from butcher hooks, stretched, knotted, tightly twisted, cut, holed and stitched.

But through this modification process, a re-imagining takes place. The alterations re-envision the curtains, removing their function and changing their performance. In some instances, the fabric is shaped to mimic deflated balloons, stripped of their interior form. The balloons have been re-constructed into deliberately contorted creatures, weightlessly suspended from the walls of the gallery.

Through this re-shaping, a new entity has emerged. Each sculpture is an embodied presence of memory, ideas, and imagination. By transforming the curtains from mundane domestic objects to sculptures for public view, I invite the audience to join in this process of remembering and re-imagining. 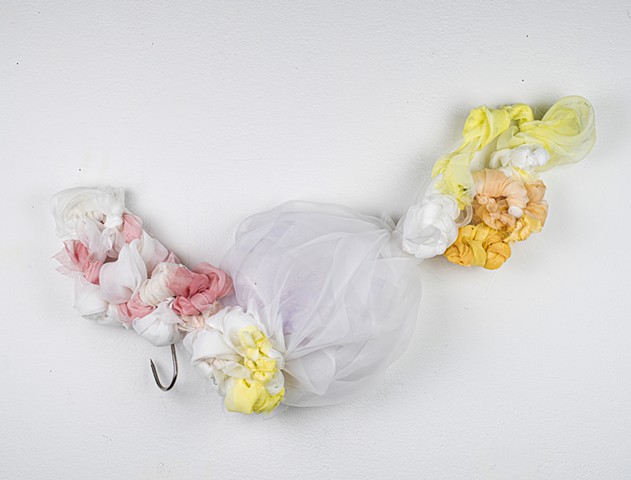 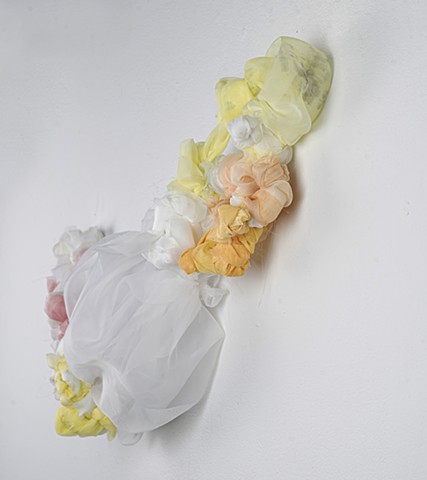 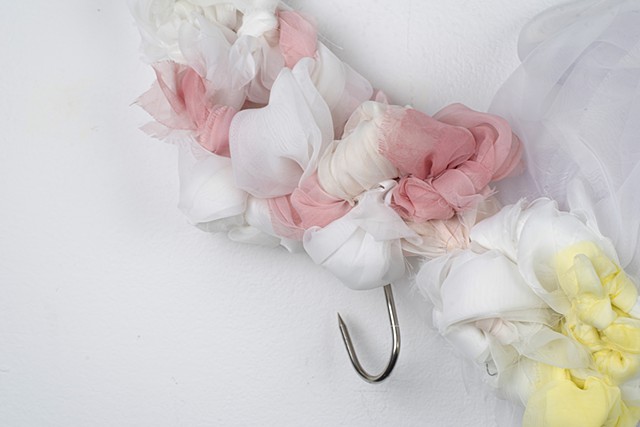 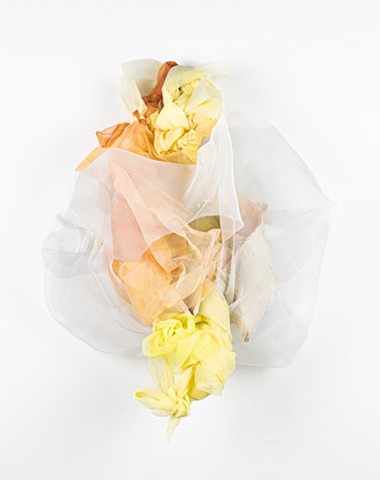 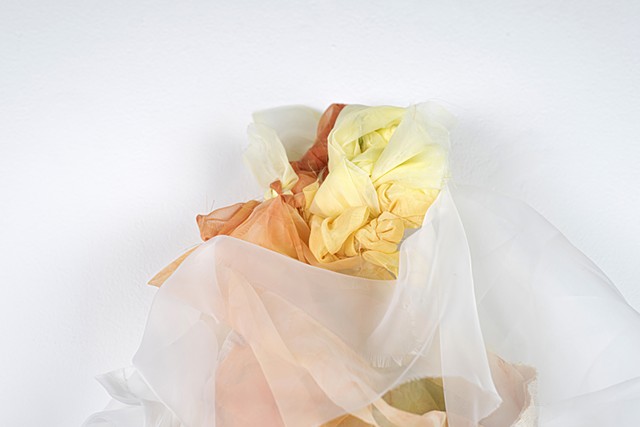 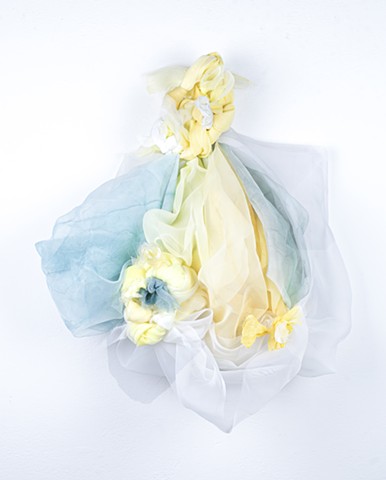 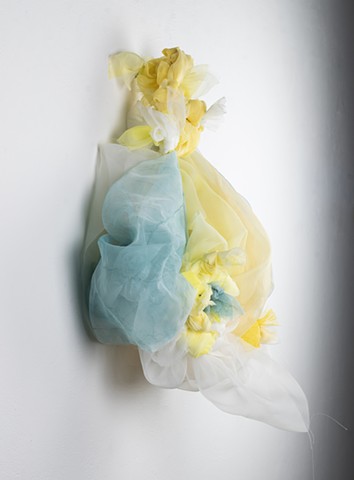 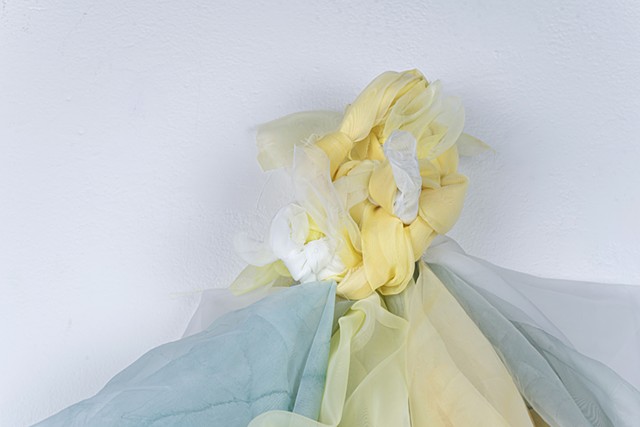 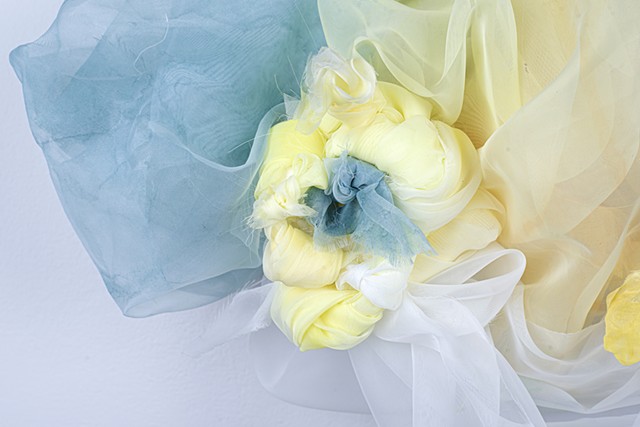 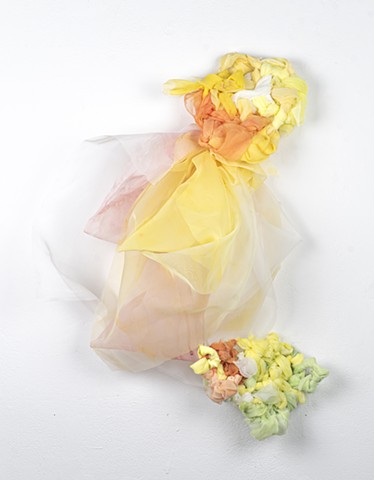 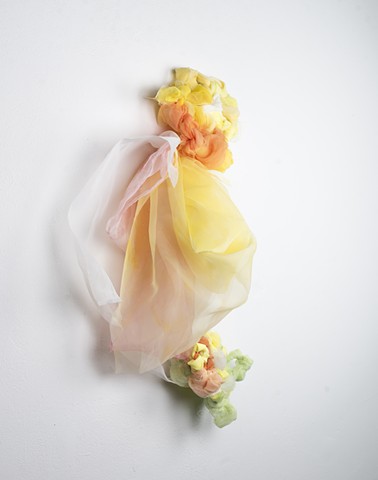 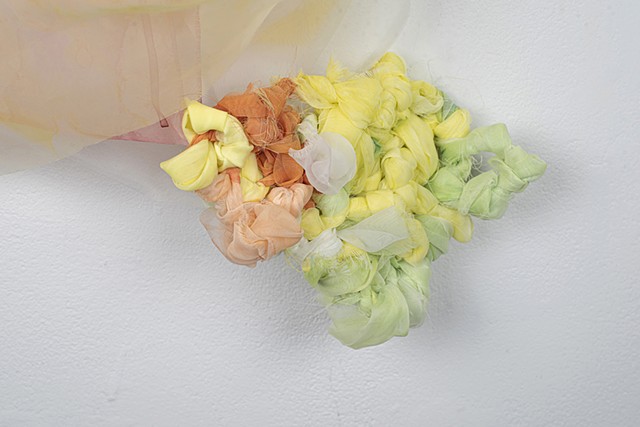